Students can now enjoy a fun and exciting way of learning thanks to Sherry Gunther Shugerman. Educators are always looking for ways to immerse students into curricular content while keeping everyone entertained at the same time. Sherry has just released a new educational platform that aims to make learning fun. The KazooBadoo app is an immersive, fantastical world where kids can play and learn simultaneously. KazooBadoo not only excites students but also gives them the opportunity to learn from this technology-driven platform. Engaging students is not only a passion for Sherry but she also is an adjunct professor teaching a graduate-level business class in media and entrepreneurship at USC. Sherry has a BS from UCLA and an MBA from USC.

Sherry is and has been a studio executive and serial entrepreneur, with an unparalleled track record producing and creating television's top hits for the past 3 decades. Sherry was the original producer of 'The Simpsons', 'Family Guy, 'Rugrats', to name a few. Sherry lead studio production divisions for Fox, Warner Bros., Nickelodeon, and Klasky Csupo.  Sherry was also part of the team that launched The Cartoon Network. With two Emmy Awards under her belt, as well as an impeccable track record in producing engaging children’s television's top hits for 3 decades, educators will really benefit from a “creative” like Sherry.

In this episode, we discuss the engaging App Kazoobadoo. We also discuss Sherry’s motivation for making an app for educators, and how it supports Social-emotional well-being for students as they learn. We also discuss how teachers can submit lessons for students and how teachers can potentially make some extra money exchanging lessons on this platform. 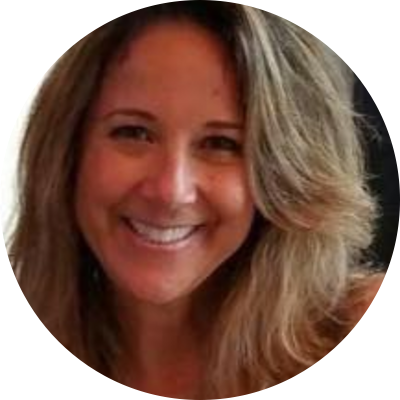 Sherry Gunther Shugerman is a two-time Emmy-Award winning producer, studio executive and serial entrepreneur, with an unparalleled track-record producing and creating television's top hits for the past 3 decades. Sherry was the original producer of 'The Simpsons', 'Family Guy', 'Rugrats', and more.

Sherry headed up studios and production divisions for Fox, Warner Bros., Nickelodeon, and Klasky Csupo. Sherry also helmed Hanna Barbera Cartoons when the company was bought by Turner and was part of the team that launched The Cartoon Network with hits such as: 'PowerPuff Girls', 'Dexter's Laboratory', 'Johnny Bravo', 'Courage the Cowardly Dog', 'Cow and Chicken' and more.

As an entrepreneur, Sherry spent 7 years as a pioneer in digital media content for kids’ virtual worlds and social gaming. She then created and launched The Beatrix Girls, a true multi-platform media brand of pop-star fashion dolls supported by digital content and original music, which her company manufactured and sold in 13 countries with 9 additional brand licensees.

Sherry continually develops original IP through her media company, POPmedia Brands, and she is also producing a new adult series for Netflix, ‘Twilight of the Gods’ with acclaimed filmmaker, Zack Snyder.

Sherry has also consulted, advised and served on boards of numerous start-ups in the tech, digital and media space.

Sherry has a BS from UCLA and an MBA from USC, where she is an adjunct professor teaching a graduate level business class in media and entrepreneurship.

Email has been submitted.